Turkey, as a link between Asia and Europe, is emerging as a favourable winter destination, with sight of its unique valleys and coastal cities, which is eventually changing the past trends of viewing the country solely as a summer vacation spot.

Turkey as a summer destination or a winter wonderland? It could be hard to choose one given the diverse climate observed in the Mediterranean country all round the year. Majority tourist population arrives to travel the famous Turkish cities in the months of July to August, with the later period of the year observing very low tourist footfall.

But Turkey, as a link between Asia and Europe, is emerging as a favourable winter destination, with sight of its unique valleys and coastal cities, which is eventually changing the past trends of viewing the country solely as a summer vacation spot.

When two sides of a door have something amazing to see both ways, which side would you choose to go with? Maybe the one which has some unseen surprises! 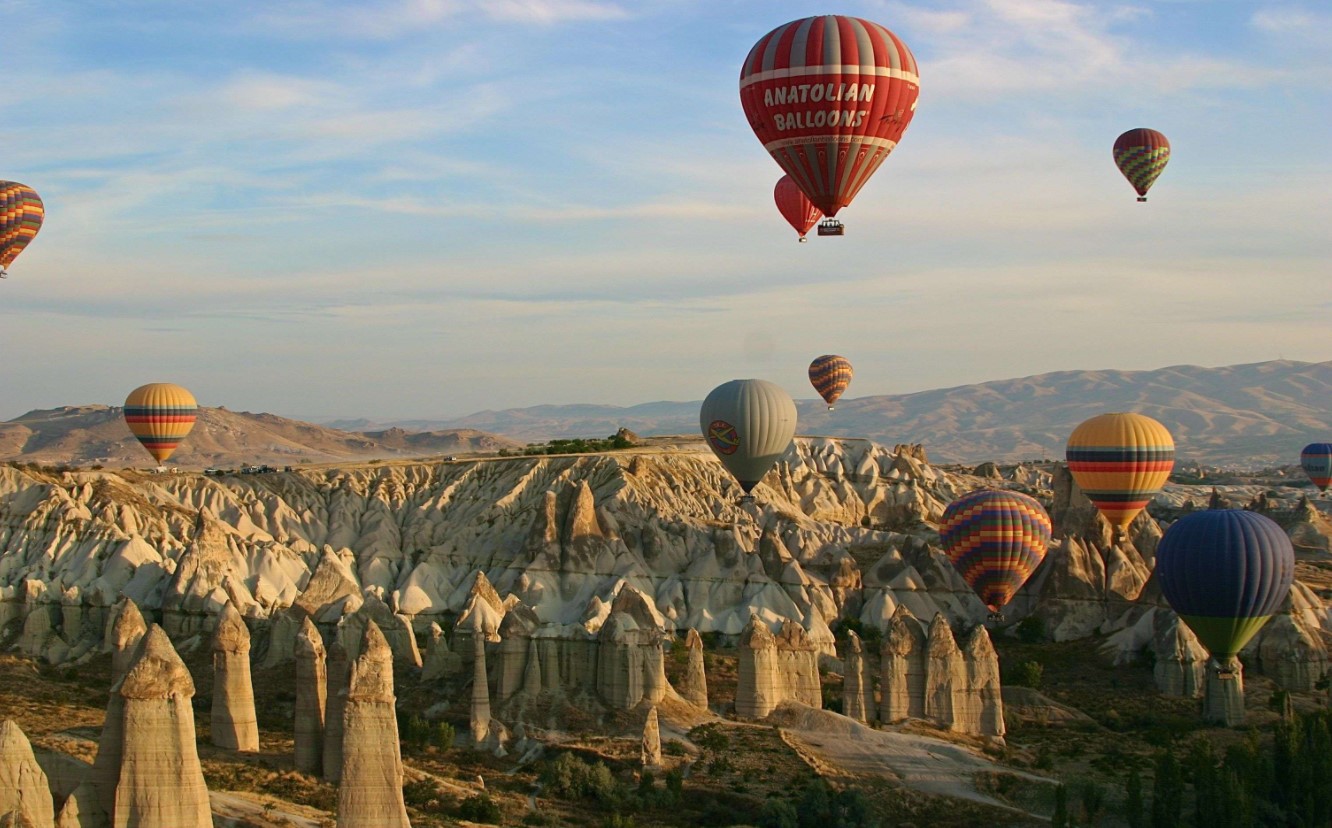 While Cappadocia, a region in central Turkey is famous for its Monk Valleys, Fairy Chimneys and a sight of widespread terrain through hot air balloon ride in the summer months but the winter months in Cappadocia could be equally enchanting and become more of a magical experience, with a chance to view the tall cone shaped caves of the area in all silence and patience as the heavy tourist crowds would be absent during this time of the year.

The best way to spend time in Cappadocia is by staying in a cave hotel while getting a nomadic feeling at the lap of luxury. Besides cave hotels, there are options of sustainable luxury lodge suites which are embellished with every possible thing of beauty from the inside, starting from its decorated walls to vineyards located in the front, offering the views of hot air balloons floating above the cave city.

While some activities might not be available in the winter months as Cappadocia is considered as a seasonal place, many other advantages of the place can only be experienced during winters.

Hot air balloon rides operate in all seasons and there is no reason why a place with a name called ‘fairy chimneys' would not look more enchanting when covered in sparkling snow shining in the winter sun!

The city of Istanbul has two sides, with one of them being the Asian side and the other being the European side. It is the European side of the city which is most famous among tourists, with the majority of city attractions located in this part.

If the places of Europe and North America are missing from your travel list due to some reason whatsoever, then Turkey is the place which has many beautiful mountains and snow capped slopes which are considered as a hub for winter sports and activities around the country.

From the city of Kars in the far northeast of the country, located alongside an abandoned Armenian village, to Uludag Mountain in Bursa province, which has Turkey’s biggest ski center, with the world's longest cable car ride located just few hours from Istanbul, are some of the popular places to witness the winter magic in the country.

One the largest lakes in Turkey, Lake Cildir, located in the northeastern side of the country offers beautiful views of winter valleys of the mountains amidst the frozen lake at the center where locals run horse sleigh trips during chilly days of November, freely going right into the heart of the snow covered valleys amidst fantastic views of the surrounding mountains.

Turkey, also known as the land of four seasons, surrounded on one side by the Mediterranean Sea, becomes the intersection of Europe and Asia, making Istanbul the only country in the world located on two continents at once. 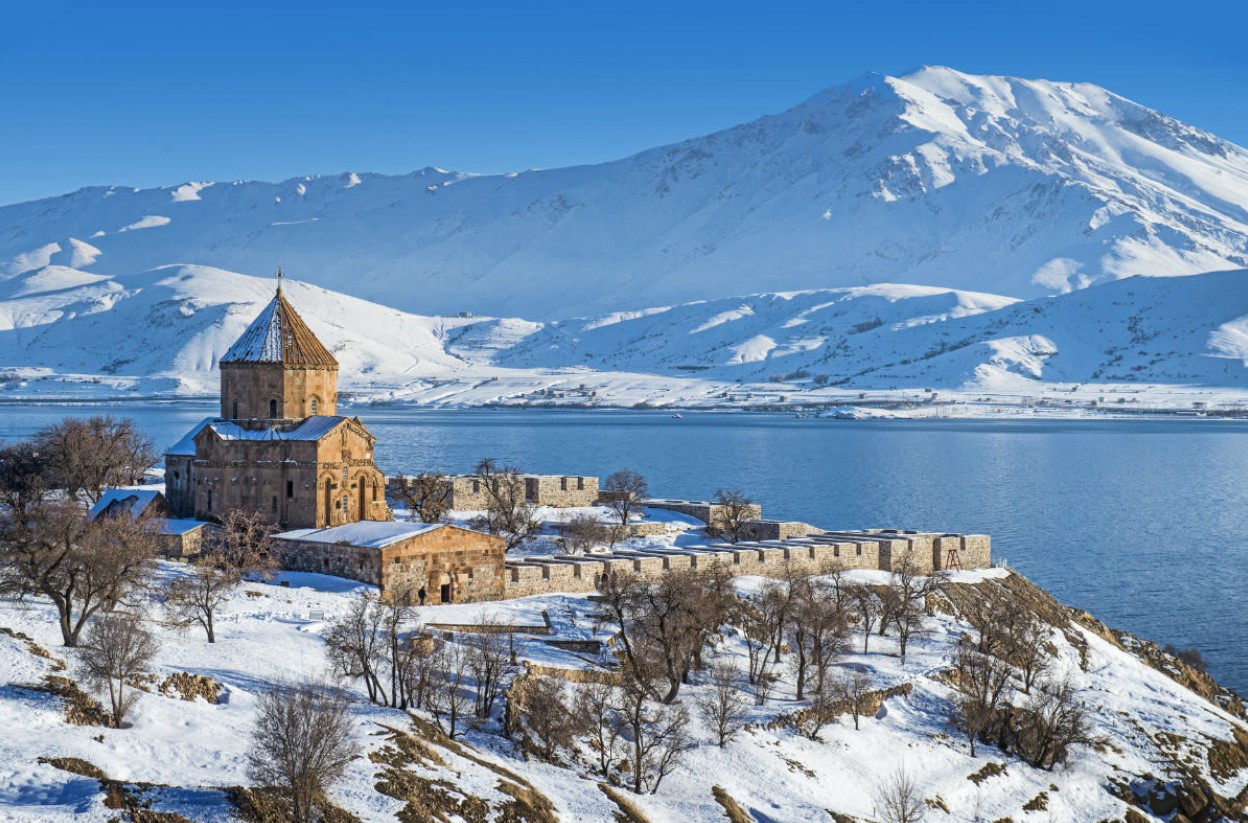 For all good reasons Turkey could easily become an all season destination, with every kind of option available for travellers to explore various sides of the country. Although the coasts of the Aegean and Mediterranean in western side of the country are often flooded with tourists in summer days, but the months of November to March are no less good in terms of rejoicing in the mild warmth of the Mediterranena sea.

Popular cities and towns of Antalya and Fethiye are open all year round with the advantage of discounted accommodation available during the winter months. There are a lot of open spaces to experience the quiet of the coastal cities and the good opportunity to explore the famous archaeological attractions of Selcuk, a town western Turkey famous for its historic sites including the ancient remains of the Temple of Artemis, in all silence and wonder.

Besides, although the city of Istanbul becomes a tourist hub during times of summer, there are numerous reasons to go around exploring the diverse city during the winter months, with the famous monuments located at its urban center and the well known streets appearing even more enormous given the minimal crowd, which would give a good time to explore places around a city as diverse as Istanbul.

Not to mention the wonderful sight of stunning monuments and bazaars glittered with snow, making something for a picture perfect frame!

Istanbul, a city with many faces, has so much to explore that much of it might not be possible to garner at once. A historic city with many UNESCO heritage sites, with a blend of modern twist on the outside, one might be able to reflect on the city’s beauty only while witnessing up close.