Top Things To Do in Ankara - Capital City of Turkey

Ankara is surely a place to be visited when travelling to Turkey and is much more than a modern city. Ankara is well known for its museums and ancient sites.

On a trip to Turkey, looking beyond the known cities and places, we find the city of Ankara, which although being a capital city is often a place that might easily skip from a Turkey travel itinerary.

If you are into the history of the place or not, the city’s museums and ancient sites would still come as a surprise and might ignite that spark for knowing more about the ways of Romans and ancient Anatolian people.

Much more than a modern city, Ankara is surely a place to be visited when travelling to the country, so that a memory of a trip to Turkey is not restricted to renowned places which we probably already known from some Instagram post but is rather a trip that would simply show a less known but more gorgeous face of the country. 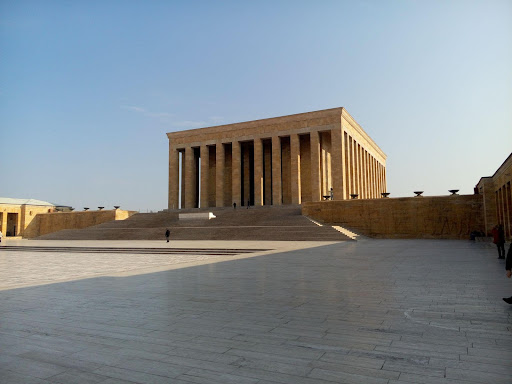 A place that could be considered as the sole reason for visiting Ankara, is the museum of Anatolian Civilizations located on the south side of 8th century BC Ankara Castle, filled with amazing artifacts dating as back as the 8000 BC from the Catalhoyuk settlement from South Anatolia.

The museum contains a collection of wall paintings, and sculptures from thousands of years old. A walk through the museum will take the visitor on a journey of civilizations from Assyrian trade colonies to 1200 BC Hittites Period and finally concluding with Roman and Byzantine period artifacts with collections ranging from the jewellery, decorative vessels, coins, and statues, all telling the grand story of their time.

Anitkabir the mausoleum of Ataturk, popularly known as the founding father of modern Turkey, is one of the most visited attractions in Turkey's capital city.

With amazing use of marble in its development, a museum within the monument is centred around the country's war of independence which resulted in the birth of modern Turkey, and comes with the views of the city of Ankara from a hilltop location. For first time visitors to the country this could be one of the good places to start exploring in the capital city.

Walk by the Castle 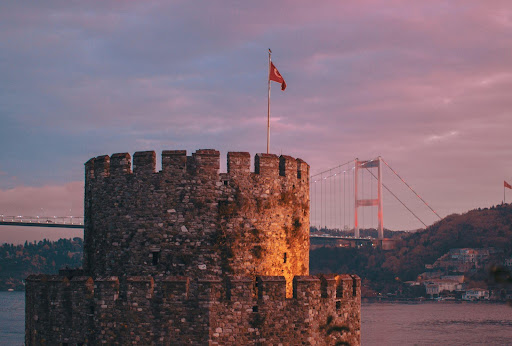 An attractive district in the Denizli province of Western Anatolia, the rural town of Kale was under Byzantine rule until the 12th century. The village is famous for growing peppers and celebrates its abundance with the annual Pepper Harvest Festival.

A village built around centuries old structures and a pepper festival of its own, the good, strange mix of things to do in Ankara just got better.

The area is home to monuments from the Byzantine era with cobblestone alleys and streets and many of the buildings being restored in recent times. A walk though Parmak Kapisi, would take you to some great souvenir shops with traditional crafts, antique stores, and cafes along the way.

Read about types of Turkey e-visa 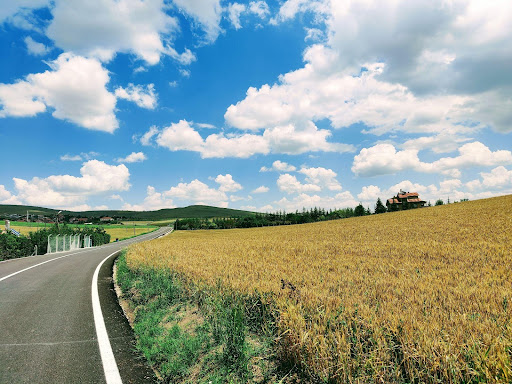 The city’s most famous ruins from the Roman period include the Temple of Augustus and Rome, built around 20- 25 AD when the Roman emperor Octavion Augustus started to spread the rulership across Central Anatolia. Although today standing only with its two walls and a doorway, the place still looks appealing in communicating its history from Roman times.

The Latin and Greek inscriptions on walls can still be visible recounting Augustus's achievements and glories, something which was inscribed onto many Roman temples at that time. The temple is a great place for history enthusiasts, or in case you are a traveller looking to spend some extra time in the city a few minutes on this site could be worth the time.

The Roman Baths of Ankara is one other historic site from the Roman era, now converted into an open-air public museum. The ancient bath complex was discovered in a period around 1937-44 and is one of the well-preserved structures of the time.

Built by emperor Caracalla in the 3rd century AD when the city was known by the name of Ancyra, is a place built in line with the Roman culture of building Thermae, which were a type of public-private bathing facilities.

The baths were built in honour of Asclepius, the God of Medicine, with the structure built around principal rooms of hot, cold, and warm baths. The museum is quite well developed as a tourist spot and has great details preserved from history.

READ MORE:
Turkey is full of natural wonders and ancient secrets, find out more at Lakes and Beyond â€“ Wonders of Turkey.

Ankara Opera House is the largest of the three venues of opera in Ankara, Turkey. The place also serves as a theatre venue for Turkish state theatres.

This is one place stop for catching live performances of Turkish State Ballet, Turkish State Opera and Theatre groups apart from being one of the places hosting local festivals, classical concerts and musical evenings, something which would just add more charm to the city’s visit.

If Turkey meant Istanbul for you, it's time to look at a side that one may regret not visiting, given the great mix of things to explore in Ankara and the good places which can be visited even in a very short span of time.