History of The Ottoman Empire in Turkey 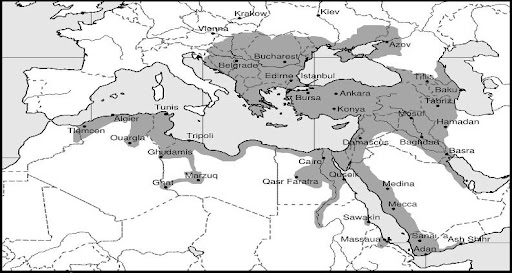 The Ottoman Empire is considered one of the grandest and longest-lasting dynasties to have ever existed in world history. The Ottoman emperor Sultan Suleiman Khan (I) was a staunch believer of Islam and a lover of art and architecture. This love of his is witnessed throughout Turkey in the form of magnificent palaces and mosques.

The Ottoman Empire supremacy ruled over large portions of the Middle East, North Africa, and Eastern Europe for more than a timeline of 600 years. As you read above, the natives would call their chief leader and his descendants (wives, sons, and daughters) Sultan or Sultanas, meaning 'ruler of the world'.  The Sultan was to exercise absolute religious and political control over his people, and none could overrule his judgement.

Due to rising power and impeccable war tactics, the Europeans viewed them as a potential threat to their peace. However, many historians consider the Ottoman Empire as an emblem of excellent regional stability and harmony, as well as remembered and celebrated them for important achievements in the field of science, arts, religion, literature, and culture.

Formation of the Ottoman Empire

Leader of the Turkish Tribes in the city of Antolia, Osman I, was responsible for laying the foundations of the Ottoman Empire in the year 1299. The word “Ottoman” is taken from the founder's name - Osman, which is written as 'Uthman' in Arabic. The Ottoman Turks then formed themselves an official government and started to expand their domain under the brave leadership of Osman I, Murad I, Orhan, and Bayezid I. Thus began the legacy of the Ottoman empire.

In 1453, Mehmed II the Conqueror carried forward the invasion with the army of Ottoman Turks and seized the ancient and well-established city of Constantinople, which was then called the capital of the Byzantine Empire. This conquest by Mehmed II witnessed the fall of Constantinople in 1453, putting an end to a 1,000-year reign and fame of one of the most significant empires of history - the Byzantine Empire.

Rise of the Ottoman Empire 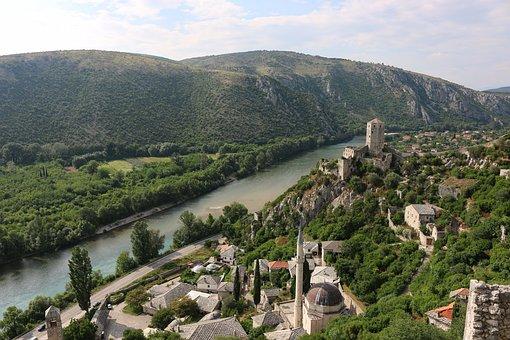 By the year 1517, Bayezid’s son, Selim I, invaded and had brought Arabia, Syria, Palestine, and Egypt under the control of the Ottoman empire. The rule of the Ottoman Empire reached its pinnacle between 1520 and 1566, which occurred during the reign of the magnificent Ottoman ruler - Sultan Suleiman Khan. This period was remembered and celebrated for the luxury it brought upon the people who were the native of these provinces.

The era witnessed magnifying power, untethered stability and an enormous amount of wealth and prosperity. Sultan Suleiman Khan had built an empire based on a uniform system of law and order and was more than welcoming towards various art forms and literature that flourished in the continent of the Turks. The Muslims of those times saw Suleiman as a religious leader and a just political emperor. Through his wisdom, his brilliancy as a ruler and his mercy towards his subjects, in a very short term, he won the hearts of many.

Sultan Suleiman's rule continued to flourish, his empire continued to expand and later included most parts of eastern Europe. The Ottomans spent a good amount of revenue in strengthening their navy and kept admitting more and more brave warriors in their army.

Expansion of the Ottoman Empire

The Ottoman Empire continued to grow and scale new territories. The rise of the Turkish army sent ripples across continents, resulting in neighbouring surrender before attack while others would perish in the battlefield itself. Sultan Suleiman was intensively particular about war arrangements, long campaign preparations, war supplies, peace treaties and other war-related arrangements.

When the empire was witnessing good days and reached its ultimate pinnacle, the Ottoman Empire by then had covered vast geographical domains and included regions like Greece, Turkey, Egypt, Bulgaria, Hungary, Romania, Macedonia, Hungary, Palestine, Syria, Lebanon, Jordan, parts of Saudi Arabia and a good portion of the North African coastal region.

Art, Science and Culture of the Dynasty 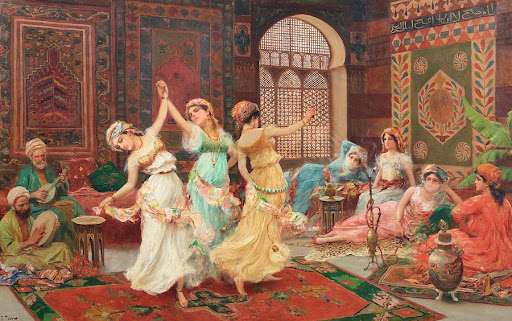 The Ottomans have been long known for their merit in art, medicine, architecture, and science. If you ever visit Turkey, you will get to see the beauty of lined up mosques and the grandeur of the Turkish palaces where the Sultan's family would reside. Istanbul and other important cities across the empire were seen as artistic foregrounds of Turkish architectural brilliance, especially during the rule of Sultan Suleiman, the Magnificent.

Some of the most prevalent art forms to have thrived during the reign of Sultan Suleiman was calligraphy, poetry, painting, carpet, and textiles weaving, singing, and music-making and ceramics. During month-long festivals, singers and poets were called from different empire regions to participate in the event and celebrate with the royals.

Sultan Suleiman Khan was himself a very learned man and would read and practice several languages to excel at making communication with foreign emperors. He even had an enormously extensive library installed at his palace for the convenience of reading. The Sultan's father and himself were ardent lovers of poetry and would even right love poems for their beloved Sultanas.

The Ottoman architecture was another display of the brilliance of the Turks. The neat and delicate carvings and calligraphy found on the walls of the mosques and the palaces helped define the culture that flourished during the time. Grand mosques and public buildings (meant for gatherings and celebrations) were abundantly constructed during the era of Sultan Sulieman.

Back then, Science was considered an integral part of the study. History suggests that the ottomans would learn, practice and preach advanced levels of astronomy, philosophy, mathematics, physics, philosophy, chemistry and even geography.

In addition to this, some of the most outstanding achievements were made in medicine by the Ottomans. During the war, medical science had not advanced to the stage where easy and hassle-free treatment could be provided to the injured. Later on, the ottomans invented surgical instruments capable of executing successful operations on deep wounds. They found tools like catheters, pincers, scalpels, forceps and lancets to treat the wounded.

During the reign of Sultan Selim, a new protocol emerged for the throne-bearers, which declared fratricide, or the heinous crime of murder of the brothers to the throne of the Sultan. Whenever it was time to crown a new Sultan, the Sultan's brothers would be captured ruthlessly and put in the dungeon.  As soon as the Sultan’s first son was born, he would get his brothers and their sons set to death. This cruel system was started to ensure that only the rightful heir to the throne gets to claim the throne.

But with the passage of time, not every successor followed this unjust ritual of the bloodbath. Later, the practice evolved to something less heinous. In the later years of the empire, the brothers of the going-to-be king would only be put behind bars and not sentenced to death.

Significance of the Topkapi Palace 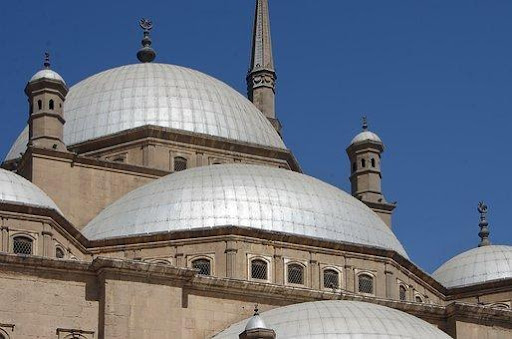 The Ottoman Empire was ruled by 36 sultans between 1299 and 1922. For centuries the chief Ottoman sultan would live in the luxurious Topkapi palace, which had pools, courtyards, administrative buildings, residential buildings, and dozens of beautiful gardens surrounding the central tower. A considerable portion of this grand palace was called the Harem. Harem used to be a place where concubines, the sultan's wives and several other enslaved women lived together.

Although these women lived together, they were given different positions/statuses in the harem, and all of them needed to abide by the order. This order was controlled and maintained usually by the sultan's mother. After her death, the responsibility would be passed on to one of the sultan's wives. All these women were under the Sultan and were kept in the harem to serve the sultan's interest. To make sure the harem's law and order is always followed, eunuchs had been appointed in the palace to assist with everyday jobs and take care of the harem's business.

On several occasions, these women were to sing and dance for the sultan, and if they got lucky, they would be chosen by him as his 'favourite' concubine and would be raised to the position of favorites in the hierarchy of the harem. They also shared a common bath and a common kitchen.

Due to an ever-impending threat of assassination, the Sultan was required to shift from one place to another every night so that the enemy could never be sure of his residence.

READ MORE:
Tourist Guide to Most Beautiful Mosques in Turkey

Fall of the Ottoman Empire

Towards the beginning of the 1600s, the Ottoman Empire deteriorated in terms of military and economic command to Europe. While the empire's strength started to decline, Europe had begun to gain strength rapidly with the advent of the Renaissance and the revival of the damages done by the industrial revolution. Consecutively, the Ottoman empire also witnessed faltering leadership in their competition with the trade policies of India and Europe, thus, leading to the untimely fall of the Ottoman Empire.

One after the other, events kept happening. In 1683, the empire lost its battle in Vienna, further adding to their weakness. As time went by, gradually, the kingdom started to lose control of all crucial regions in their continent. Greece fought for their Independence and gained freedom in 1830. Later, in 1878, Romania, Bulgaria and Serbia were declared independent by the Congress of Berlin.

The final blow, however, came to the Turks when they lost most of their empire in the Balkan Wars, which took place in 1912 and 1913. Officially, the great Ottoman empire came to an end in 1922 when the title of Sultan was struck off.

On October 29, the country of Turkey got declared as a Republic, founded by the army officer Mustafa Kemal Ataturk. He served as Turkey's first-ever president from the year 1923 to 1938, ending his tenure with his death. He worked extensively to revive the country, secularize people and westernize the whole culture of Turkey. The Legacy of the Turkish Empire went on for 600 long years. To date, they are remembered for their diversity, their unbeatable military strength, their artistic endeavors, their architectural brilliance, and their religious undertakings. 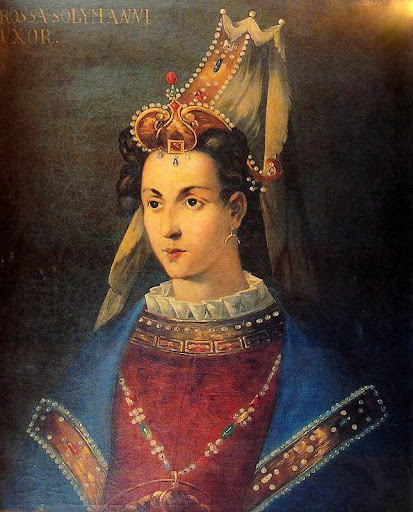 You must have heard about the passionate love stories of Romeo and Juliet, Laila and Majnu, Heer and Ranjha, but have you heard about the undying love shared between Hurrem Sultana and Sultan Suleiman Khan, the Magnificent? Born in Ruthenia (now Ukraine), earlier known as Alexandra, she was born in a very orthodox Christian family. Later on, as the Turks began to invade Ruthenia, Alexandra got captured by Crimean looters and was sold to the Ottomans in the slave market.

Known for her unrealistic beauty and intelligence, very quickly, she rose in the eyes of the Sultan and through the ranks of the harem. Most women were jealous of her because of the attention she received from Suleiman. The Sultan fell in love with this Ruthenian beauty and went against an 800-year-old tradition to marry his favourite concubine and make her his legal wife. She had converted to Islam from Christianity to marry Suleiman. She was the first consort to receive the status of Haseki Sultan. Haseki meant 'the favourite'.

Earlier, the tradition only allowed sultans to marry the daughters of foreign nobles and not someone who served as a concubine in the palace. She lived on to give six children to the empire, including the throne bearer Selim II. Hurrem played a vital role in advising the sultan on his state affairs and sending diplomatic letters to king Sigismund II Augustus.

Very recently, the Turkish cinema has adopted the story of Sultan Suleiman Khan and his beloved to produce a web series called 'The Magnificent' depicting the life and culture of the Ottoman Empire.